Shoushantian Yellowstone, known as the "Chinese stone emperor", is produced in Shoushan village, Fuzhou, Fujian Province. It refers to one of the only stones produced in the 8 km long Shoushan stream flowing through the village and the fields on both sides. It is the main producing area of Shoushan stone, and several veins near gaoshankengtou have been eroded, transported and weathered. According to historical records, Tianhuang was first used in the Ming Dynasty. In the Qing Dynasty, it was valued by the royal family and became famous. It began to be said that "one or two Tianhuang, one or two gold". In fact, with the reduction of resources and limited exploitation, the price of one or two high-quality Tianhuang is worth hundreds of taels of gold in the auction market. 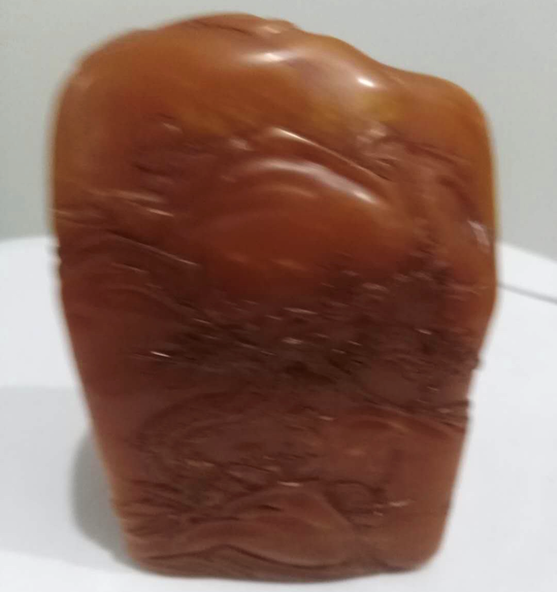 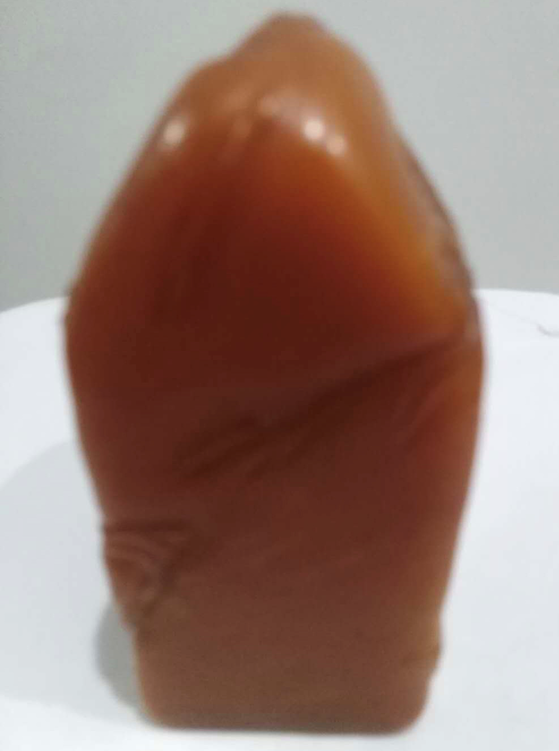 Tian Huang became dignified and mysterious because of the legend that he had entered the emperor's dream. In addition, he had the characteristics of "no root, no pulse to find", and innumerable chance and coincidence gave birth to Tian Huangshi, a gift from heaven. 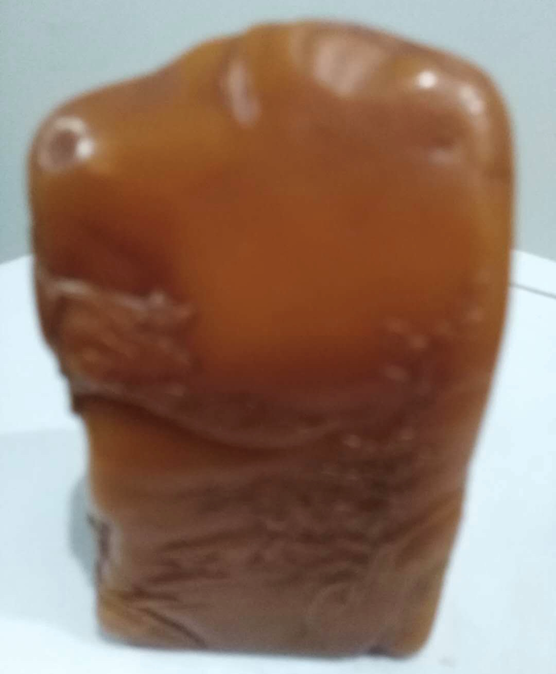 The original stone is often slightly transparent in texture, with different thickness, color and number of layers. However, there are hidden texture like radish silk in the stone, and the red tendons often appear on the surface, which are unique in the appreciation of Tianhuang. The so-called six virtues of "warm, moist, fine, greasy, coagulant and knot", Tianhuang is complete. It is very elegant and gorgeous. Tian Huang suzhang dares to face the sky, and his greatest charm is here. 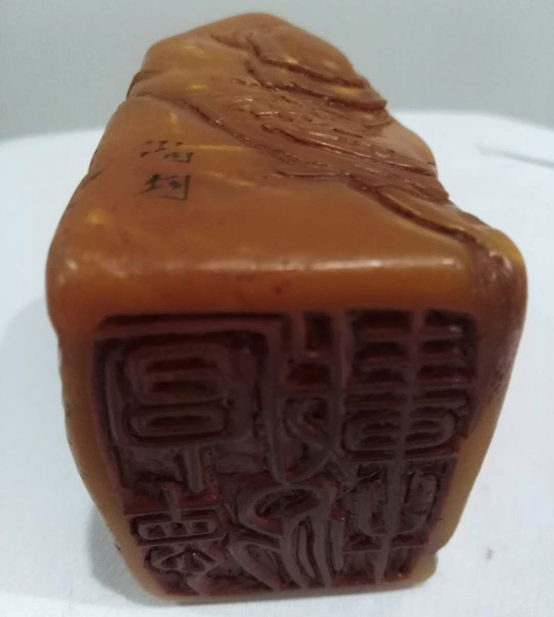 There are many kinds of Tianhuang stone, such as Huangtian (standard Tianhuang), Baitian, Heitian, Huitian, Hongtian, hardtian, badian, etc.; it is produced in Tiankeng, Shoushan village, northern suburb of Fuzhou City, Fujian Province. It is a treasure in Shoushan stone, and has been sought after by high-ranking officials and rich merchants since its inception. Because it has the meaning of "Fu" (Fujian), "longevity" (Shoushan), "Tian" (wealth), "Huang" (the color for the emperor), it has six virtues: fine, clean, moist, greasy, warm and coagulating. Therefore, it is called "emperor stone", and it has become a special national stone for worshipping heaven in Qing Dynasty.

This Tianhuang seal weighs 600g. It is a combination of condensation, grease, permeability, purity and delicacy. It is soft and delicate in the hand. It is exquisite in texture, small and chic. It is vigorous in the beautiful place, simple in the smooth place, and shows its skill inadvertently. It is good for viewing and collecting.