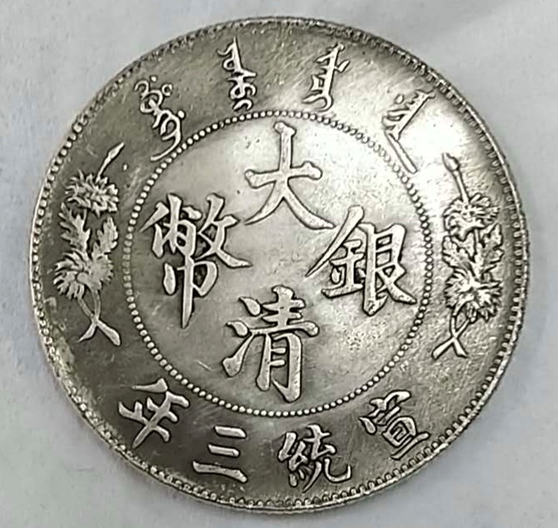 On the back of the silver coin of Qing Dynasty, Panlong is very vivid and vivid, with clear handwriting, sharp edges and bright teeth, which is very beautiful. It is a rare boutique. The upper and lower margins of the coin are Manchu Chinese "Xuantong three years". In the bead circle, there are four characters: "silver coin of Qing Dynasty". On the left and right sides, there are long branch chrysanthemum patterns. The details are delicate and exquisite. The characters are majestic, thick and powerful, showing the Royal prestige. The overall appearance of the coin is exquisite, and the number of surviving coins is relatively rare 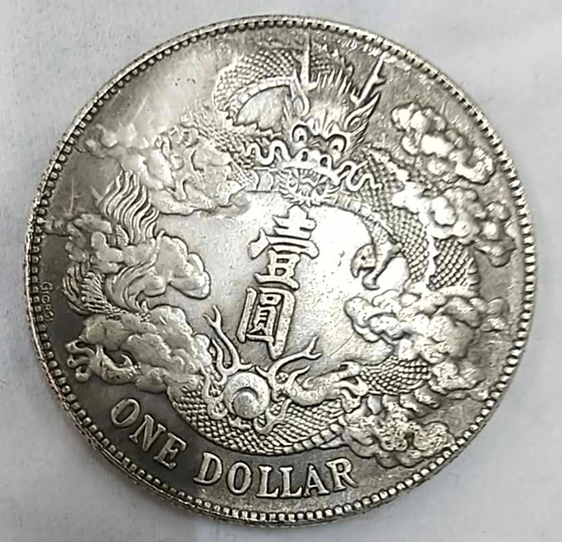