Xianfeng coins were popular in the peak period of Taiping Revolution. At that time, the state treasury of Qing government was in deficit. In order to relieve the financial pressure, the Qing government transferred the financial crisis to the people, and Xianfeng coins should be shipped. The categories of xianfengqian are very complicated, only 917 of which are collected in the Museum of Chinese history. At that time, the casting Bureau included: Quan, yuan, Zhi, Ji, Fu, Shan, Chang, he, De, Jin, Yun, Dong, Wu, GUI, Zhe, Ji, Tai, Su, Gong, Chuan, Qian, Nan, Guang, Yi Li, di Hua, ye erqiang, Kuqa, Aksu, etc. It has been handed down to Diao mu, Da Xiang, Xiao Ping Qian and Baofu Bureau for calculating value and weight, which are rare. Baodi Bureau in Xinjiang "Dang 80" is precious. 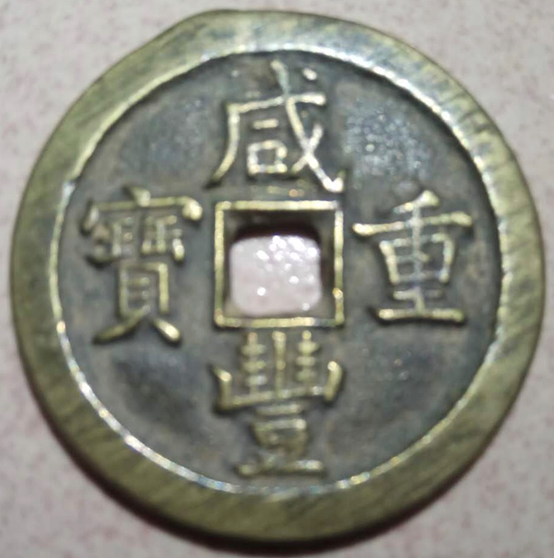 According to the face value of the coin, the value higher than Dang 50 is called "Xianfeng Yuanbao", and the value lower than Dang 50 is called "Xianfeng chongbao". Among them, Xianfeng heavy treasure Dang 50 coins are the most valuable coins that ancient spring lovers care about and devote themselves to collecting and appreciating since ancient times because of its early casting time and wide circulation area. 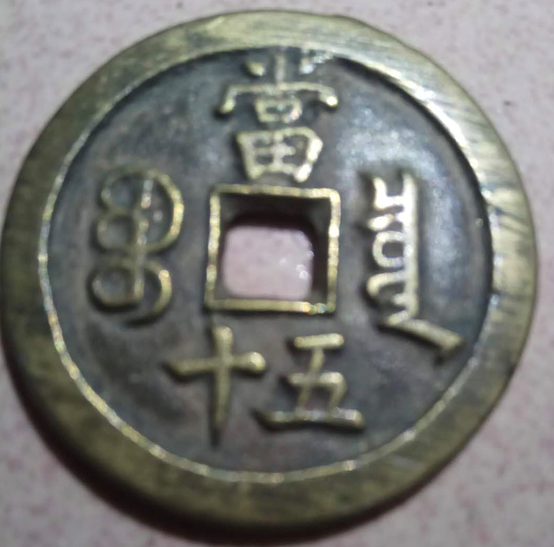 On the front side of the coin, there are four characters in regular script with "Xianfeng chongbao" in regular script, which can be read from right to left directly from top to bottom; on the back, the Chinese character "Dang 50" and Manchu are written. This coin is very exquisite, the handwriting is clear and deep, the copper material is fine, the money is exquisite, not a trace of mud and water, a little bigger and heavier than the money in circulation of the same edition.

In the past dynasties, the identity of Xianfeng heavy treasure is extremely noble. Its money body itself has a relatively heavy texture. In addition, the calligraphy on the coin surface is straight and beautiful, the carving is exquisite and meticulous, the big characters are glittering with copper, and the ancient charm is covered with paste. Even the details are exquisitely carved and almost perfect, showing its unique noble appearance and high historical value.

Among many big money of Xianfeng, 50 coins are the most important treasure of Xianfeng. "Xianfeng heavy treasure" has become the common pursuit of many coin collection researchers due to its small amount of existence. Its high price has not blocked the enthusiasm of people's collection, and its price still has a lot of room for appreciation. The annual transaction price of Xianfeng heavy treasure is increasing exponentially, and the market has been rising steadily, becoming a beautiful scenery in the ancient money market.